“There is an old saying about propaganda — probably not a myth — that a falsehood repeated often enough will eventually be taken as truth.” — Russell Blackford and Udo Schüklenk

I am a member of the least trusted group in America. No, not because I’m a book reviewer — or, worse, a novelist (novelists are known liars, you know) — but because I am an atheist. According to a series of studies conducted by Will Gervais at the University of British Columbia, the religious distrust atheists more than members of other religious groups, more than gays, and more than feminists. The only group they distrust as much as atheists are rapists. Rapists — not Wall Street Bankers or late-night TV pitchmen, but rapists! Forty-five percent of them also wouldn’t vote for an otherwise qualified presidential candidate if he or she happened to be an atheist. And, for God’s sake (if I may be so bold), don’t ask them to welcome an atheist into the family via marriage. Lock up your sons and daughters, the heathens are a comin’! 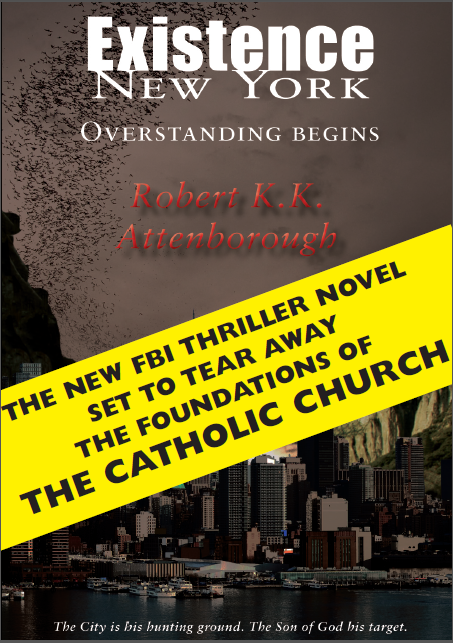 This witty modern FBI action thriller and its ground breaking concept will grip and astound. An excellent, upbeat rollercoaster of a novel. A New York Times columnist and others are captured as headline grabbing collateral, beginning a murderous crusade targeting the Christian Church. Soon a nerdy professor is forced into the media spotlight that ensues, unearthing overwhelming evidence that there was no Son of God on earth 2,000 years ago. Meanwhile, FBI Agents Straker and Wildman, the Archbishop of New York and a CNN Newscaster are thrown into deadly macabre adventures, through breath-taking ancient landscapes, hunting for captives…

The God Argument: The Case Against Religion and for Humanism by AC Grayling – review
Julian Baggini, The Observer, Sunday 17 March 2013

Grayling’s attack on religious belief merely serves to show how entrenched positions have become on both sides of the debate.

Ten years ago, Alastair Campbell spoke on behalf of the whole nation, not just Tony Blair, when he said “We don’t do God”. But the very fact Campbell needed to spell this out was a sign that, post 9/11, things were changing. In 2006, Richard Dawkins published The God Delusion and everyone has been talking God ever since.

For a while it was at least invigorating. But the most vocal atheists and the believers who take their bait appear ever more like a long-married couple who prefer the familiarity of their dysfunctional relationship to the emptiness that lies beyond an amicable divorce. They trade the same old niggles and complaints with no hope or expectation of mutual understanding.

AC Grayling has been one of the leading atheist protagonists. He writes as one confident that he holds all the best cards, and he has already played them with style in his anti-religion book Against All Gods and his pro-humanist What is Good? and The Choice of Hercules. For The God Argument he has shuffled the pack once more and brought both the negative and positive sides of his position together in one volume.

“In this provocative book Max Wallace argues democracies should be republics characterised by constitutional separations of church and state. Wallace argues the separation of secular authority from supernatural authority should be understood as the first separation of powers in a democracy, prior to, and equivalent to, the separations between the executive, legislature and judiciary. The failure of democracies to fully realise this distinction constitutionally has seen churches become immensely wealthy as a consequence of their centuries old tax-exempt status as charities that ‘advance religion’. Their wealth is now a recognisable financial phenomenon – the Purple Economy. But, following the French principle, Wallace argues it is not the role of state to ‘advance religion’. Ancient exemptions from taxation for the ‘supernatural’ charities who are under no obligation to spend their wealth on ‘good works’, are not appropriate for the 21st century.