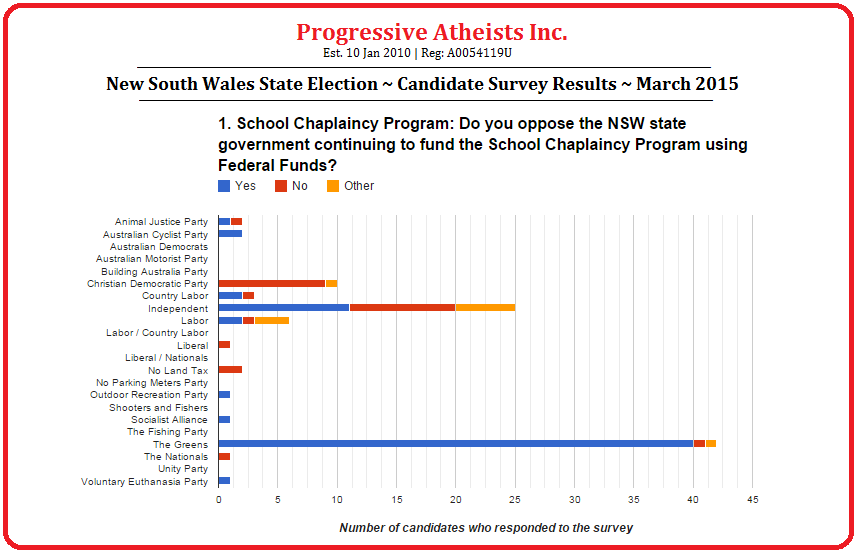 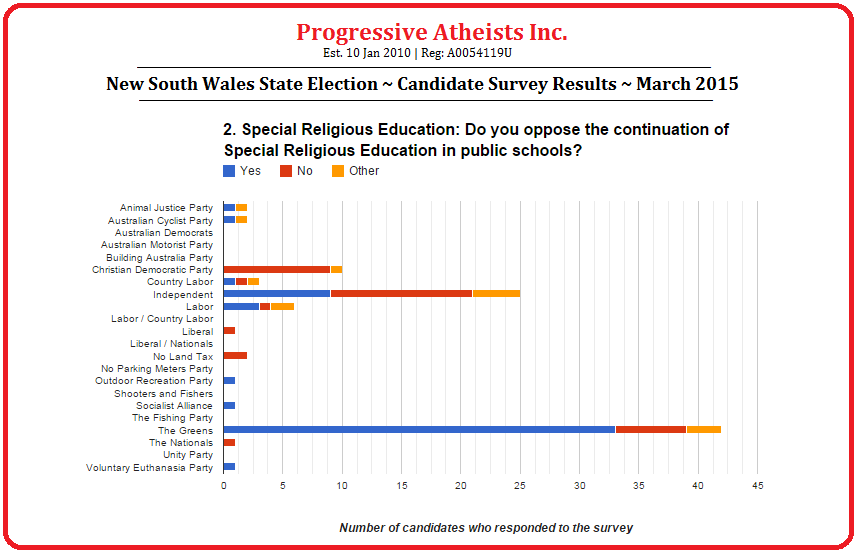 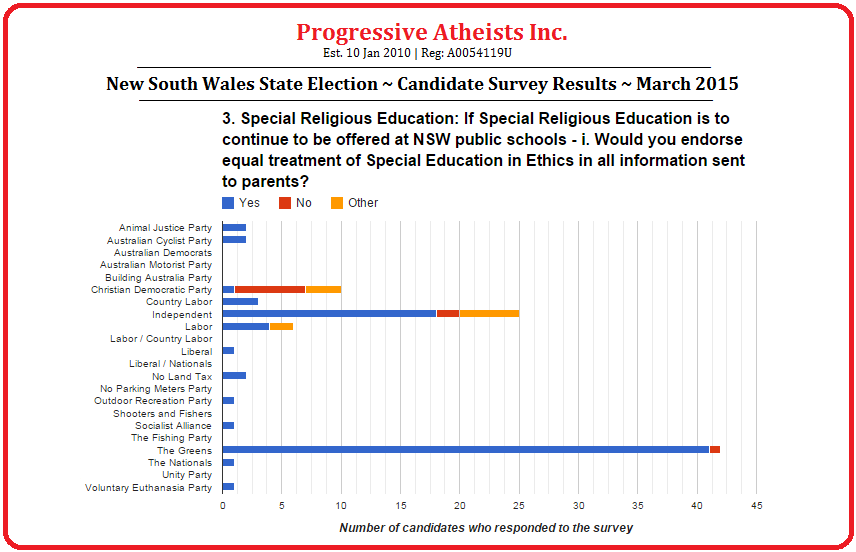 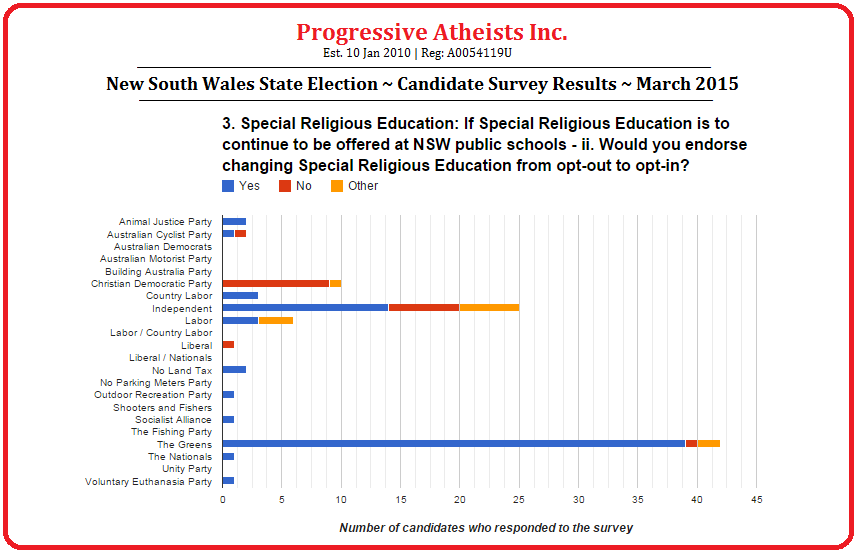 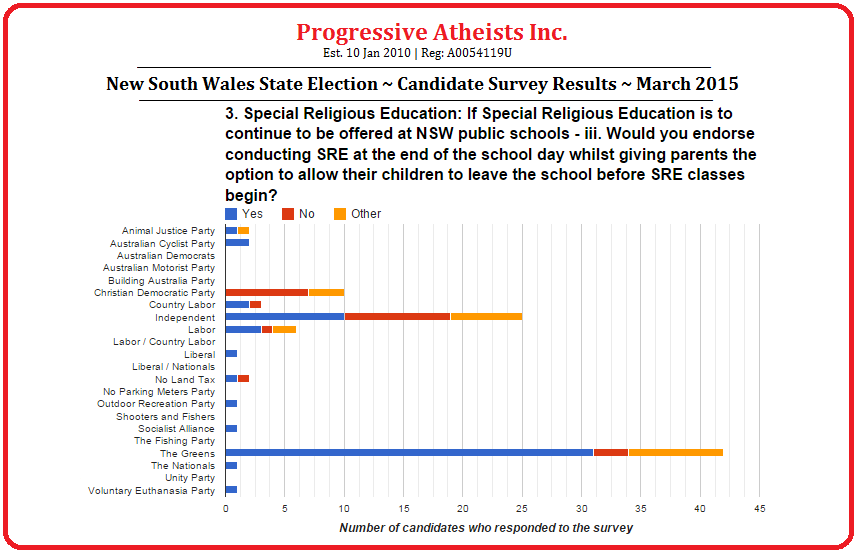 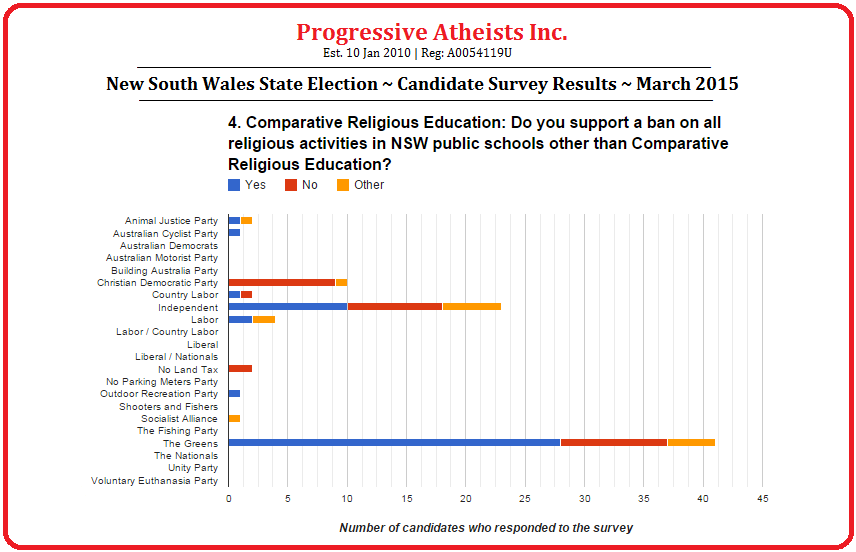 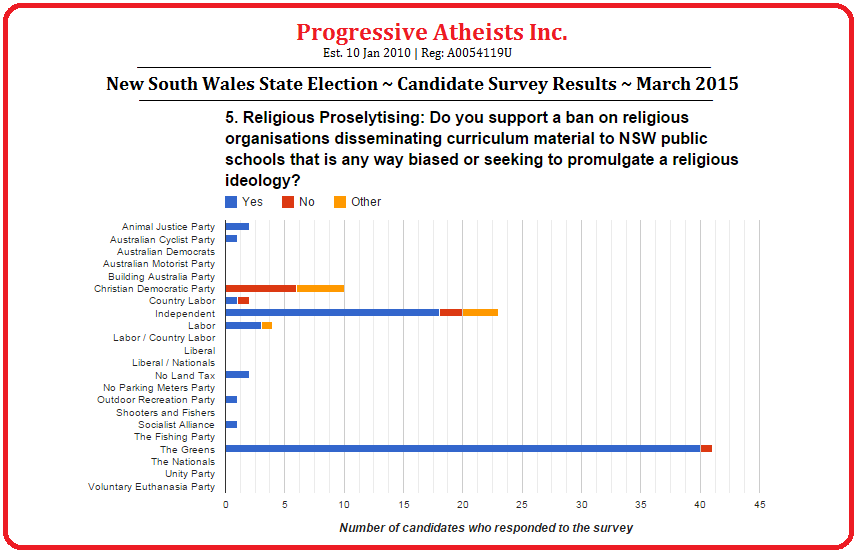 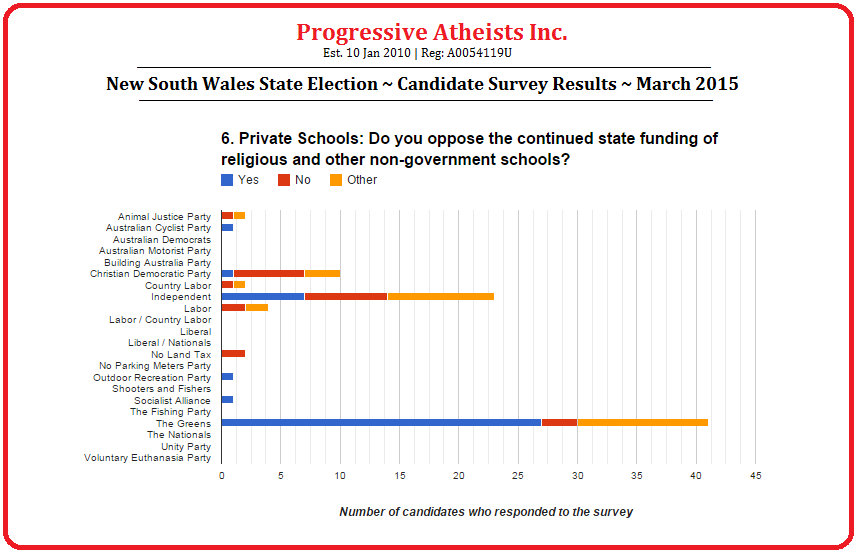 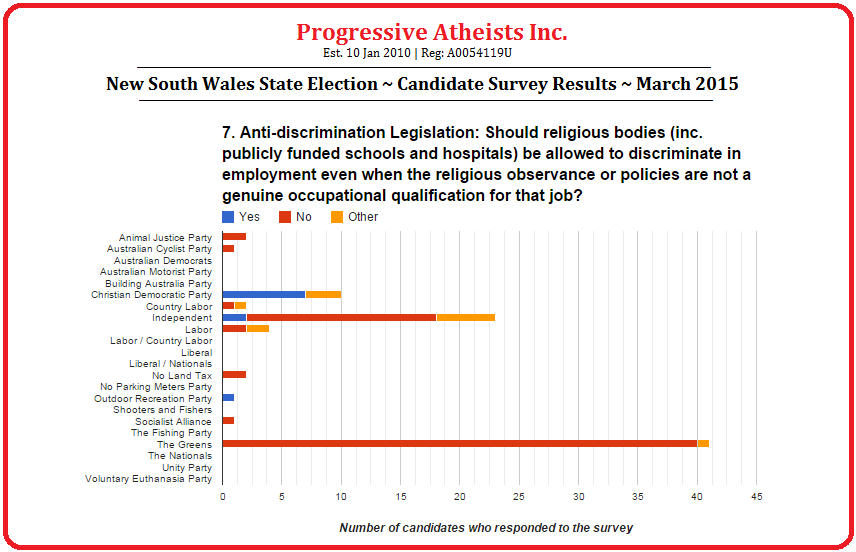 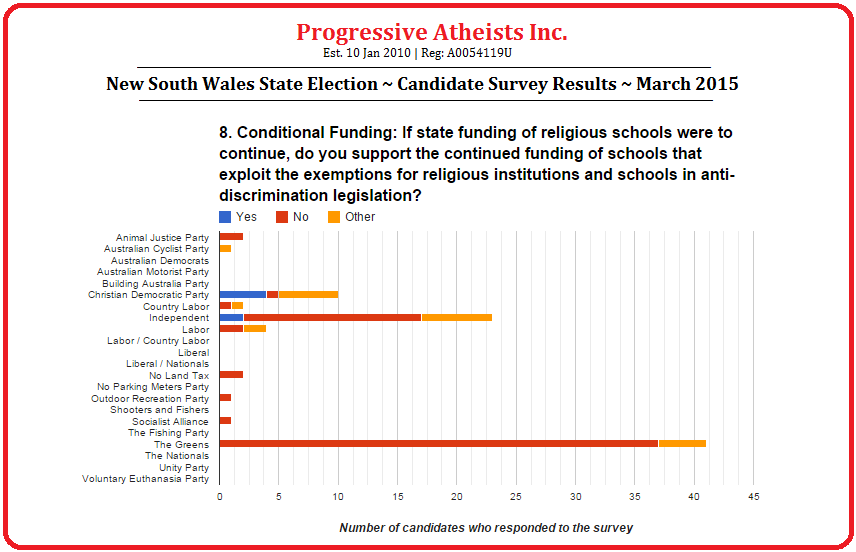 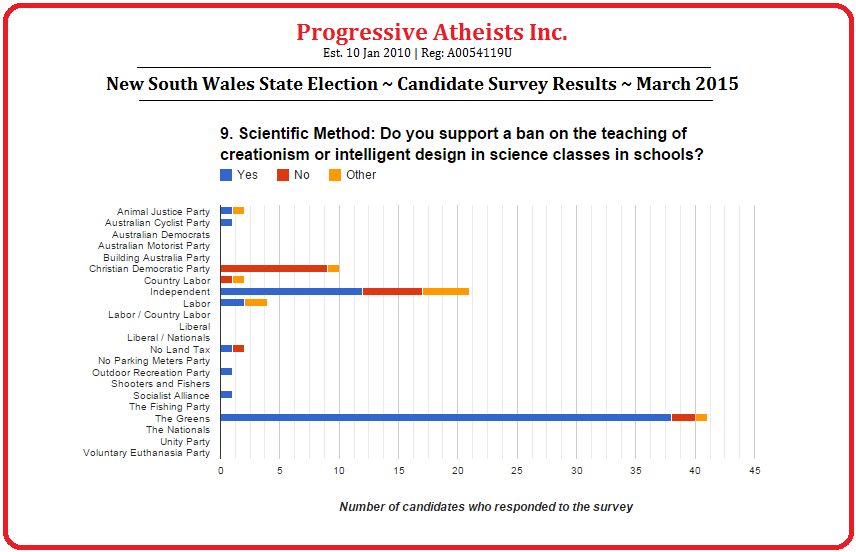 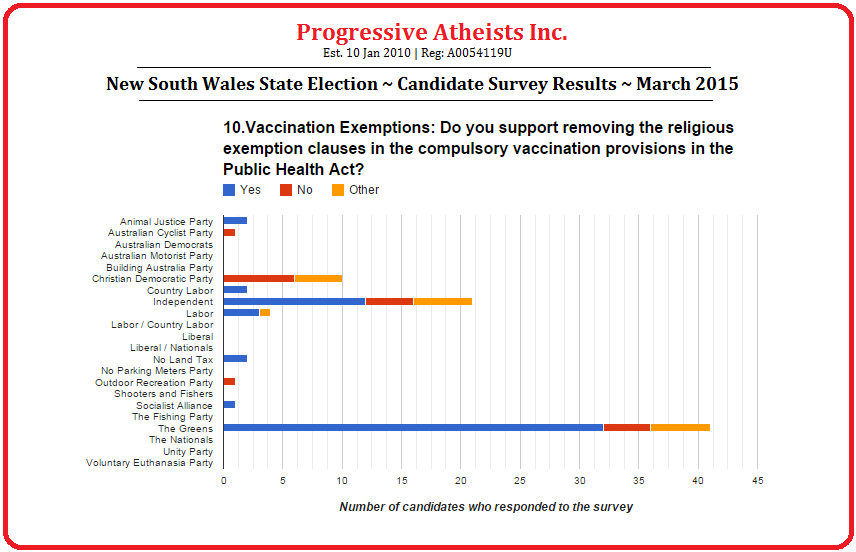 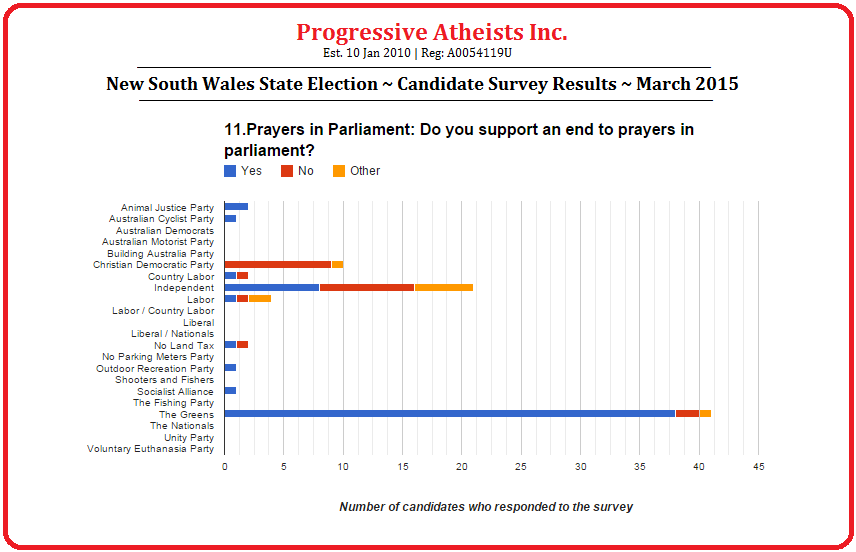 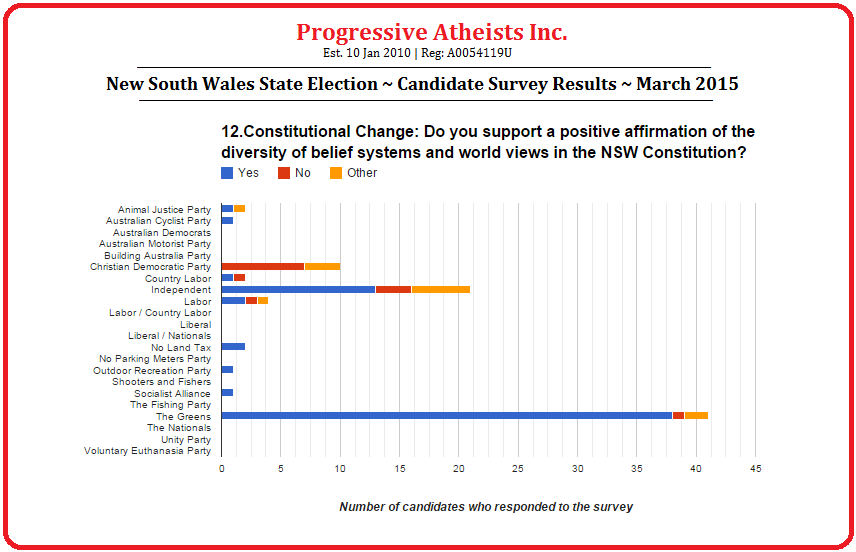 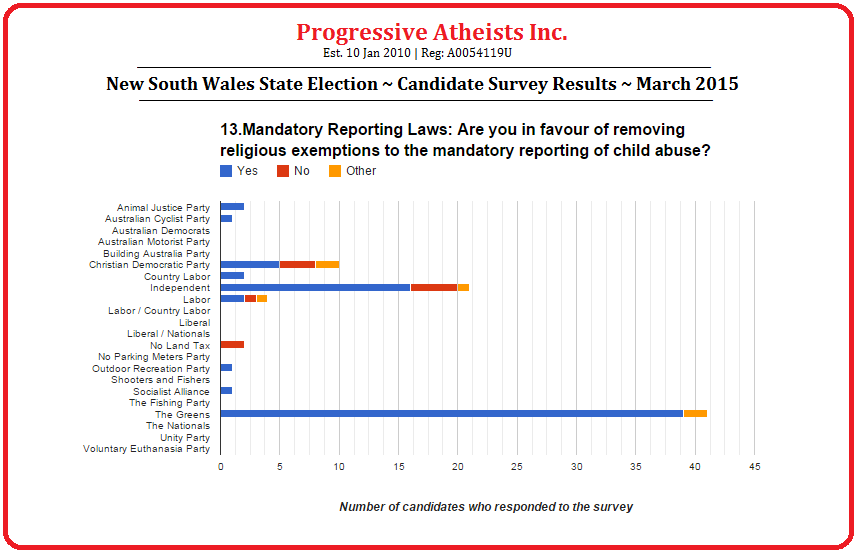 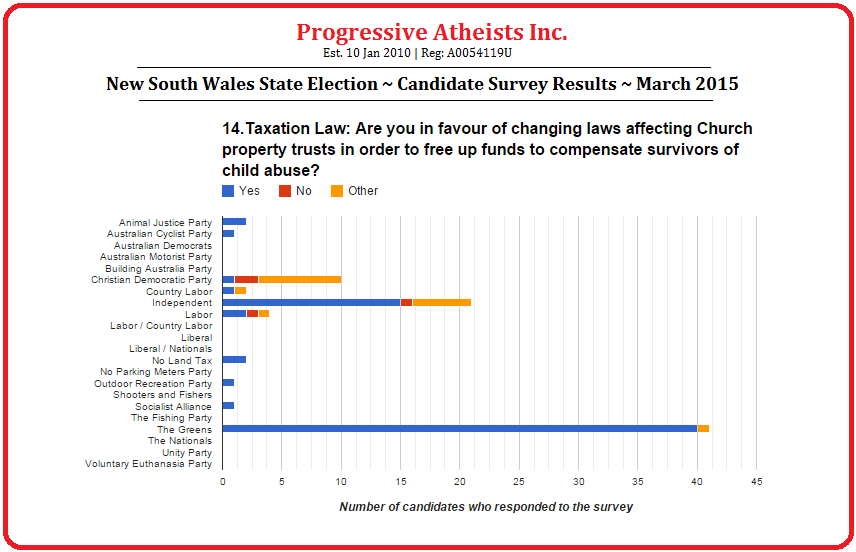 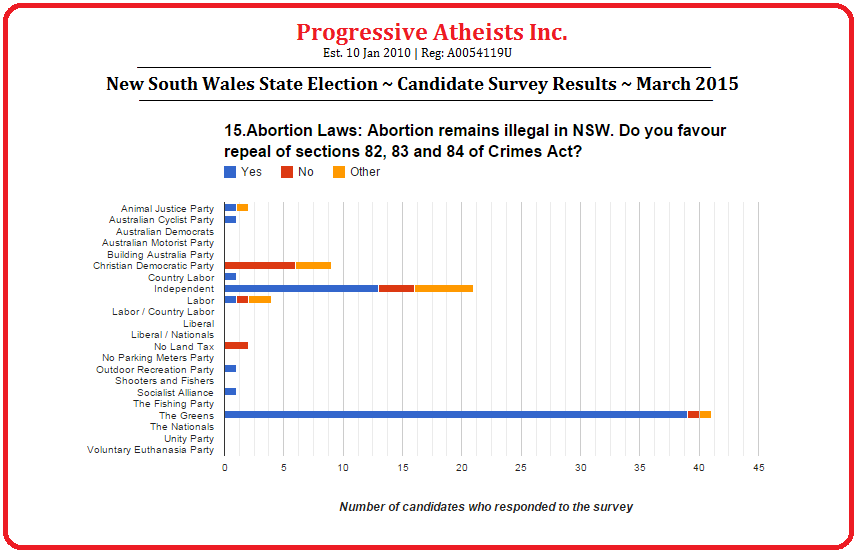 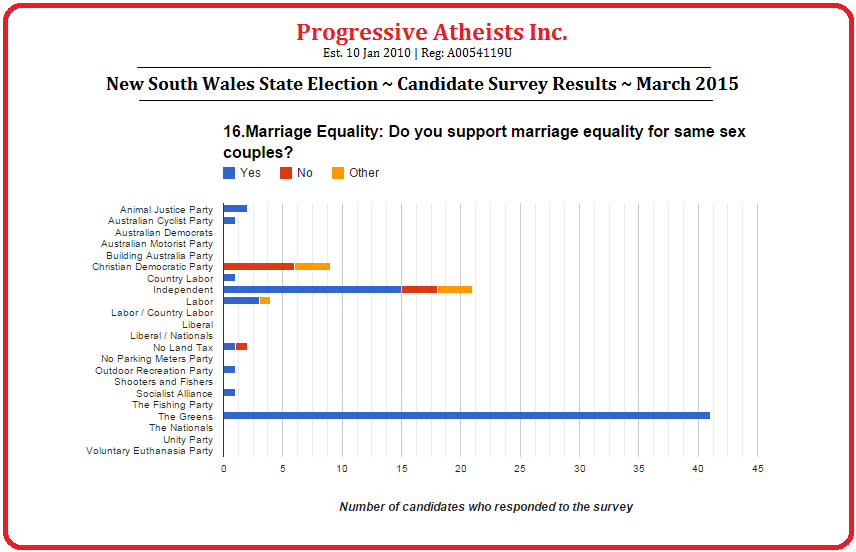 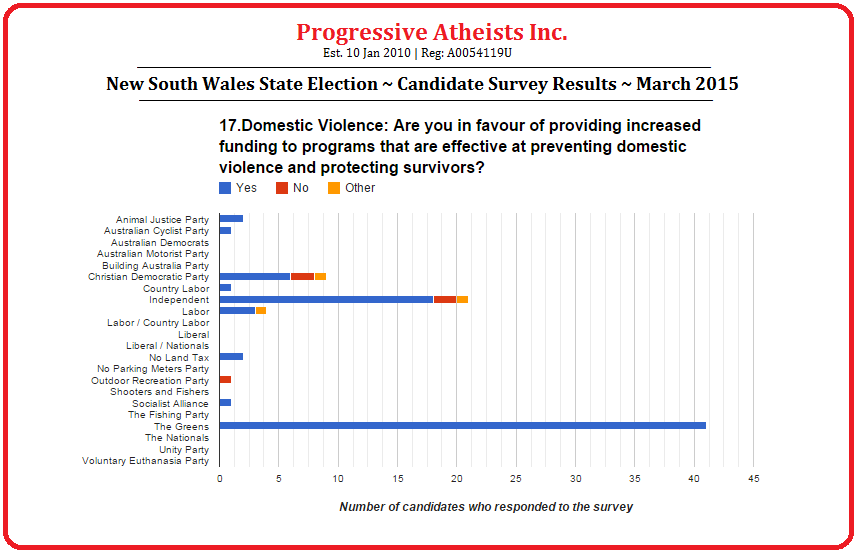 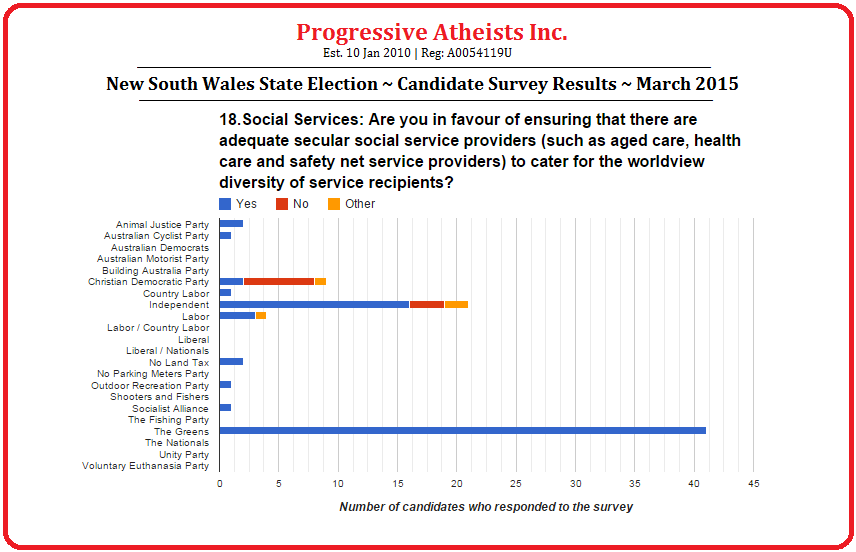 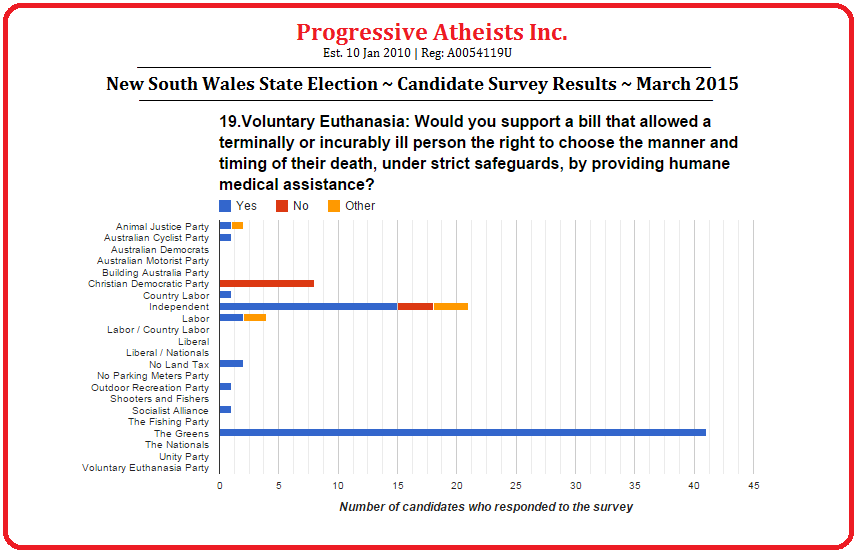 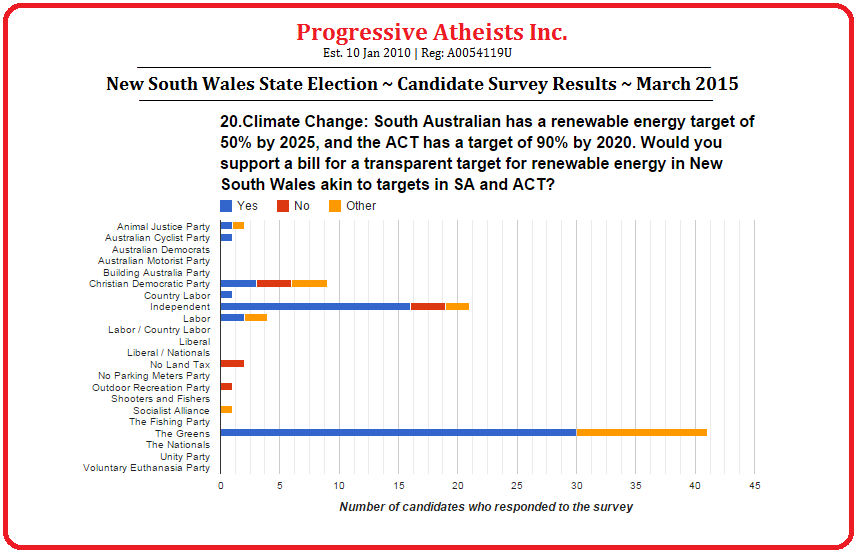 Posted, 7th March 2015
On Saturday, 7th March, NSW Governor David Hurley issued writs for the NSW State Election.
This means that candidate nominations have opened and will close on ‘Nomination Day’.
Exactly when is ‘Nomination Day’ appears to be a closely guarded secret but a guess is Friday, 13th March.
This also means that at 6pm on Saturday officially the ‘rolls have closed’ but I’m told that being NSW you can still enrol and vote until 6pm on polling day.
For official election details, see:
http://www.vote.nsw.gov.au/
And this website is the same.
http://www.votensw.info

A very useful resource is Antony Green and the ABC website.
http://blogs.abc.net.au/antonygreen/
http://www.abc.net.au/news/nsw-election-2015/

A list of Survey Questions & Notes will be published soon.

You can make a difference.
To support a campaign in your electorate please email our Campaign Team at <elections@progressiveatheists.org> with the name of your electorate.
If you are unable to contribute time then your donation to the expenses of the Campaign will be of great value.