The Progressive Atheists have conducted a 10 Question Survey of candidates standing in the Queensland State Election on 31 January 2015.

SEE CHARTS FOR EACH QUESTION BELOW

A total of 433 candidates nominated for the 2015 Queensland election, an increase of three compared to the 2012 election, but five short of the record 438 candidates that contested the 1998 state election.

See the ABC article for more details and a table. 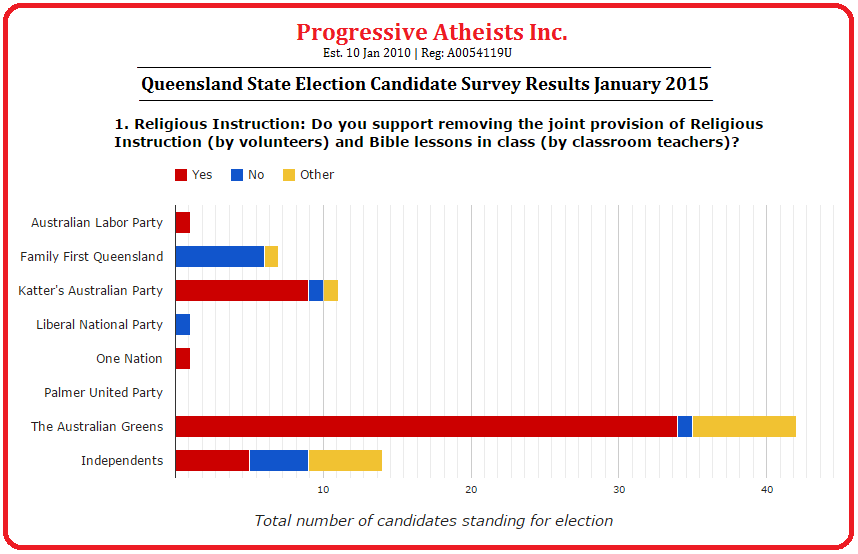 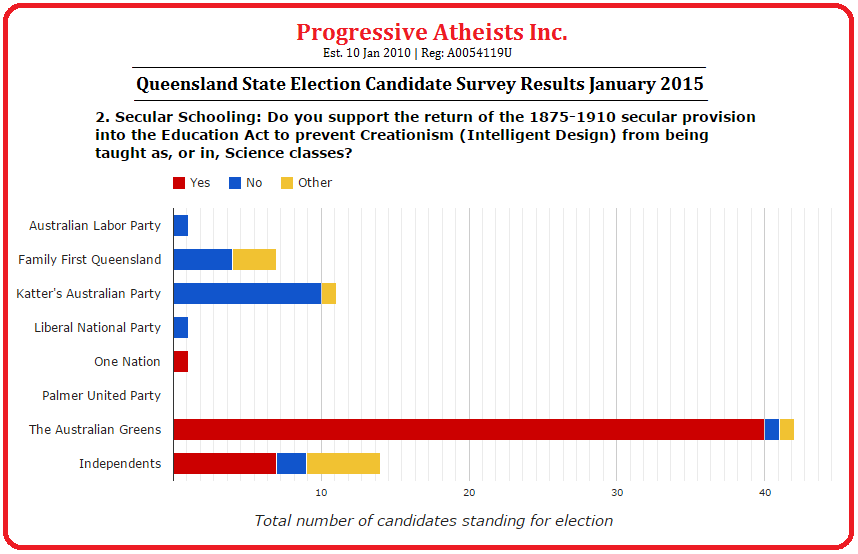 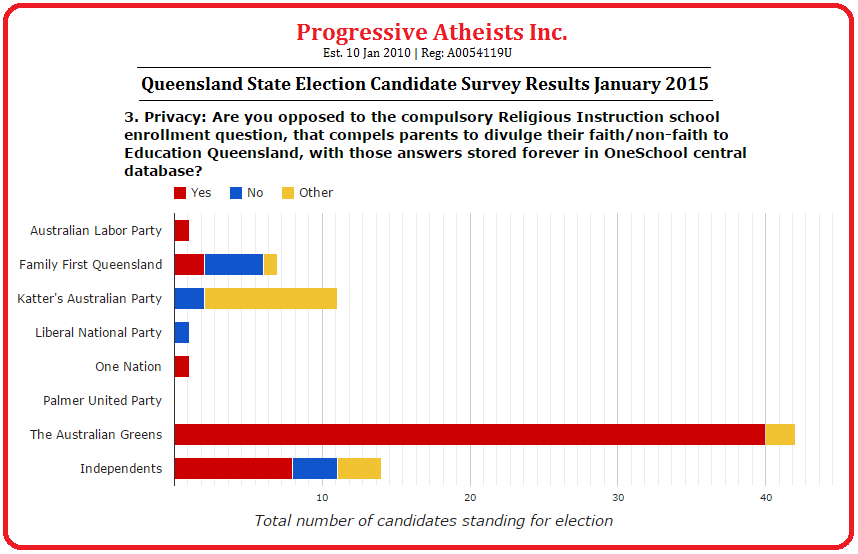 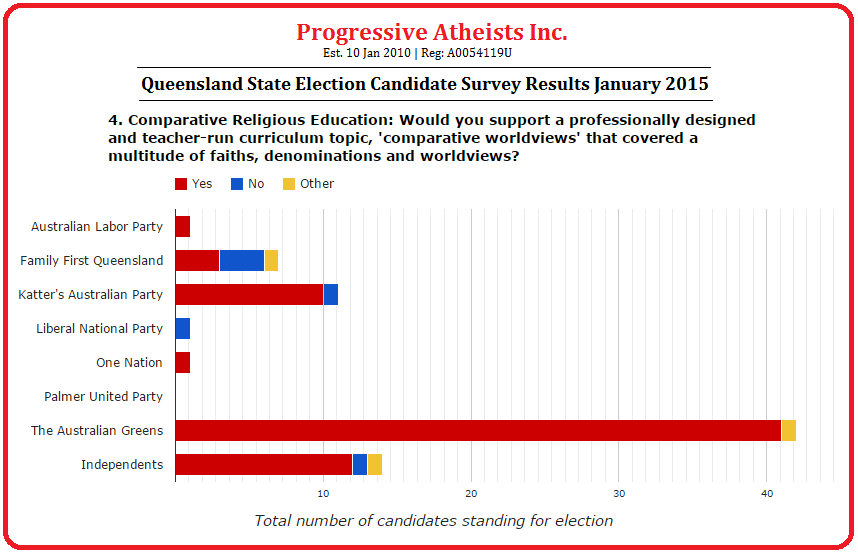 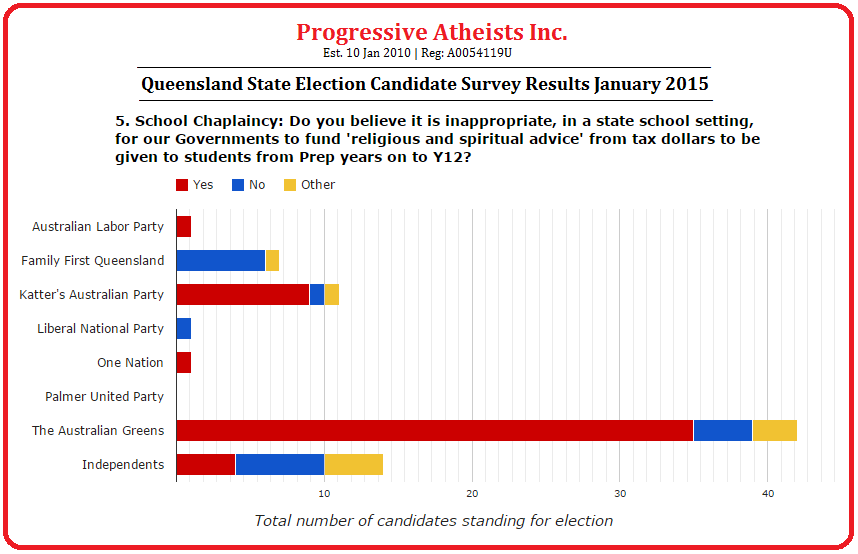 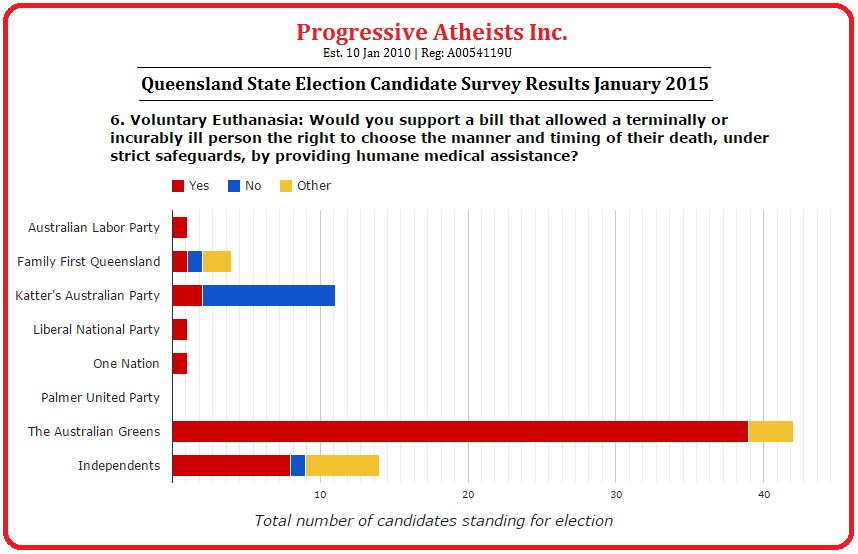 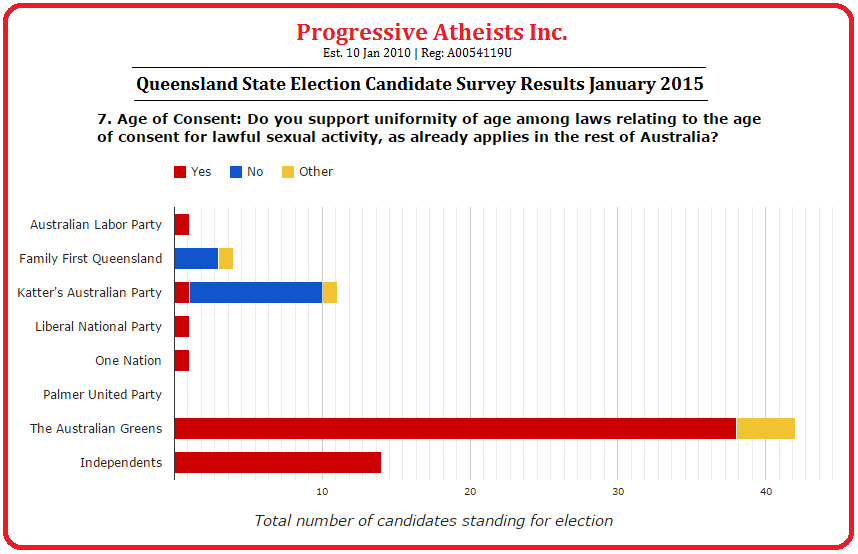 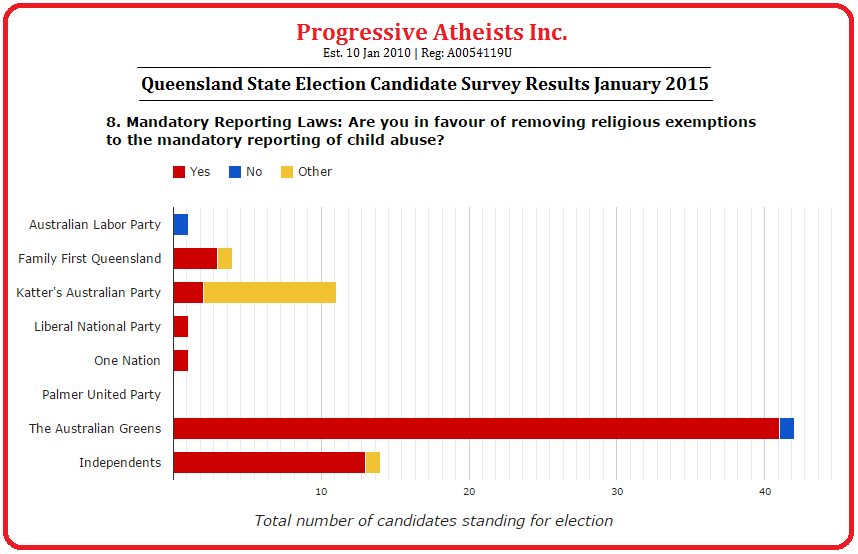 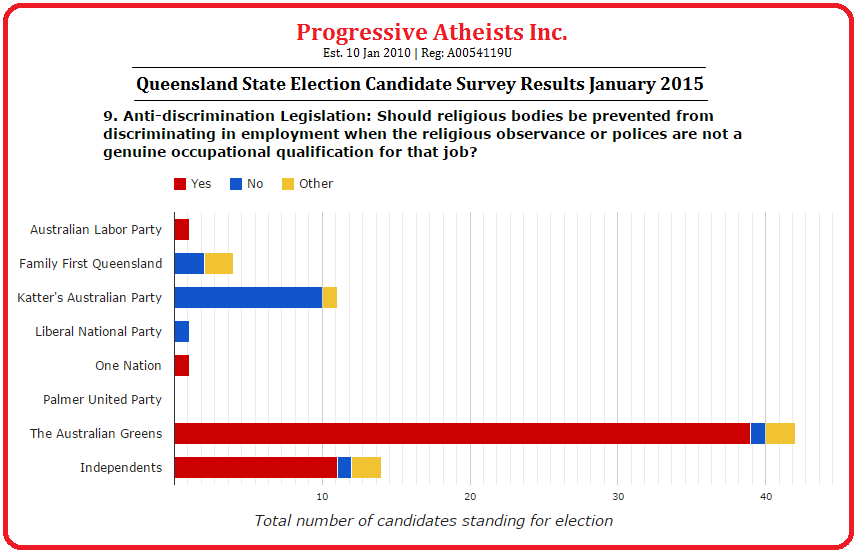 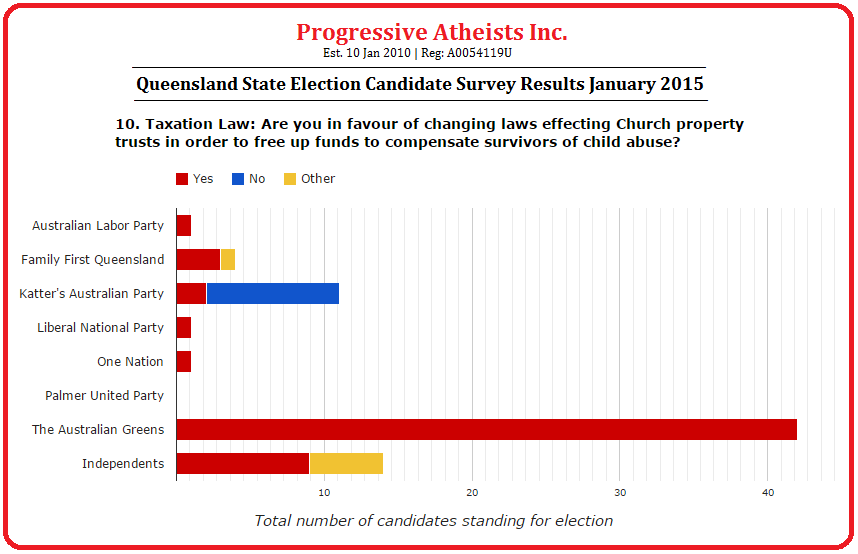